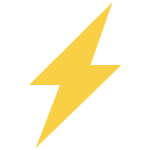 We provide a fun, healthy, recreational activities to both Club Members and its Guests. The Club aims to enhance the Pickleball experience through social, educational and competitive events. The mission of our club is to promote Pickleball throughout the communities and schools for the enjoyment, health, fun and social interaction of everyone.Safe, affordable modern facility. Friendly and welcoming atmosphere and a healthy lifestyle fun for friends and family!

ORGANIZED PLAY is one of the most popular events on our Club calendar.  It’s a regularly scheduled, organized event where players can show up to play without a partner. Players rotate in and out to mix/match with others of similar skill levels, creating a fun, dynamic, and social environment. ORGANIZED PLAY sessions are scheduled each week to give players a chance to meet other players and experience the fun of playing pickleball at a social and competitive level. As with all events, pre-registration is always mandatory to make sure you get a spot.

ROUND ROBIN INDIVIDUAL PLAY *SKILL SPECIFIC
Play is competitive. Players are given a number and rotate into a different team for each game. The typical format for the games are played out to a score of 11 or 9 and then the rotation occurs.  Plan ahead if you can! Registration is mandatory.
ROUND ROBIN PARTNER PLAY –  Grab your partner and play as a pair for the full session. Format and Play rotation will depend on groups’ skill levels and attendance. Each team is assigned a number. The teams will consist of separate tiers.
‍
“SOCIAL RECREATIONAL PLAY”
Dink n Dine, Ladies and Men’s night, Mixers – This social and fun style of play is for all skill levels to mix-in.  This play is focus more towards a FUN environment and not highly competitive. Advanced players play to extend the rally and do not attempt to necessarily win all points with shots not returnable by the less skilled players on the court.
‍
“KING/QUEEN OF THE COURT”
Play is generally limited to the number of players the courts can accommodate.  Captains assign initial play courts and partners to players. This may be random, based on known or perceived skill levels, or any other means selected by the Captain.  Each play session is timed.  At the end of each timed session, based on the score winners in the highest numbered court stay where they are, and winners from other courts move up to the next highest court number.  Losers in the lowest numbered court stay where they are and losers from other courts move to the next lowest court number, partners split (play with a member from the other pair joining them on the court).  Play is by pre-registration.
‍
LADDER AND SHOOTOUT PLAY
‍1. These two forms of plays offer a higher level of competition than most other forms of play, as each week you are assigned to a group of players very closely matched to your skill level. Your performance is tracked each week, compared to others, and ranked. As a result your standing can climb or fall in relation to others, week-by-week, and you can be assigned to a higher or lower-skilled group in subsequent weeks.
2. Both forms of play are good preparation for tournament play.
3. Ladders and shootouts use different manual methods or computer programs, as selected by the captains, to track and assess performance.
4. There is a sign-up process undertaken at the beginning of the season and a limited number of players are accommodated, based on court capacity of the venue being used and an estimate of weekly absences.
‍
“LADDER PLAY”
1. Your group may vary from 4 to 9 players, your group may be assigned 1 or 2 courts, and you play with and against each of your other group members in a pre-determined round-robin type of format.
2. Play is drop-in, unreserved, but only available to those who have pre-registered for the season of play. In addition, if the number of players who show up exceed the court capacity by a certain percentage, playing spots will be assigned on a first come-first served basis.
3. Participants must be present at least 15 minutes before the start of play, to ensure they can be considered in the design of player groups for that particular session.
4. Each group will be assigned a leader who is responsible for ensuring game scores are accurately documented on the sheets provided by the captain. The assigned leader will return the completed sheet to the captain after all games have been played.
‍
“SHOOTOUT PLAY”
1. In addition to the seasonal pre-registration, there is a sign-up process using our website for each session of play and, for example, only the first 32 who sign up for a specific event will be registered and allowed to play.
2. Groups of eight will be established in advance of the play, based on that week’s sign ups. Each group of eight will be further divided into two sub-groups of four.
3. The two sub-groups within each group will use their assigned court on an alternating basis.
4. Each player will play six games in a pre-determined round-robin type of format.
5. After the first three of these six games, the two sub-groups are re-arranged within the group of eight, giving players a chance to play with different partners and opponents.

INTER CLUB PLAY
‍1. Inter club play is open, by pre-registration to members of PAC and members of other invited clubs.
2. The play format is usually round robin.